Thank you for requesting a quote. We will be in touch soon! 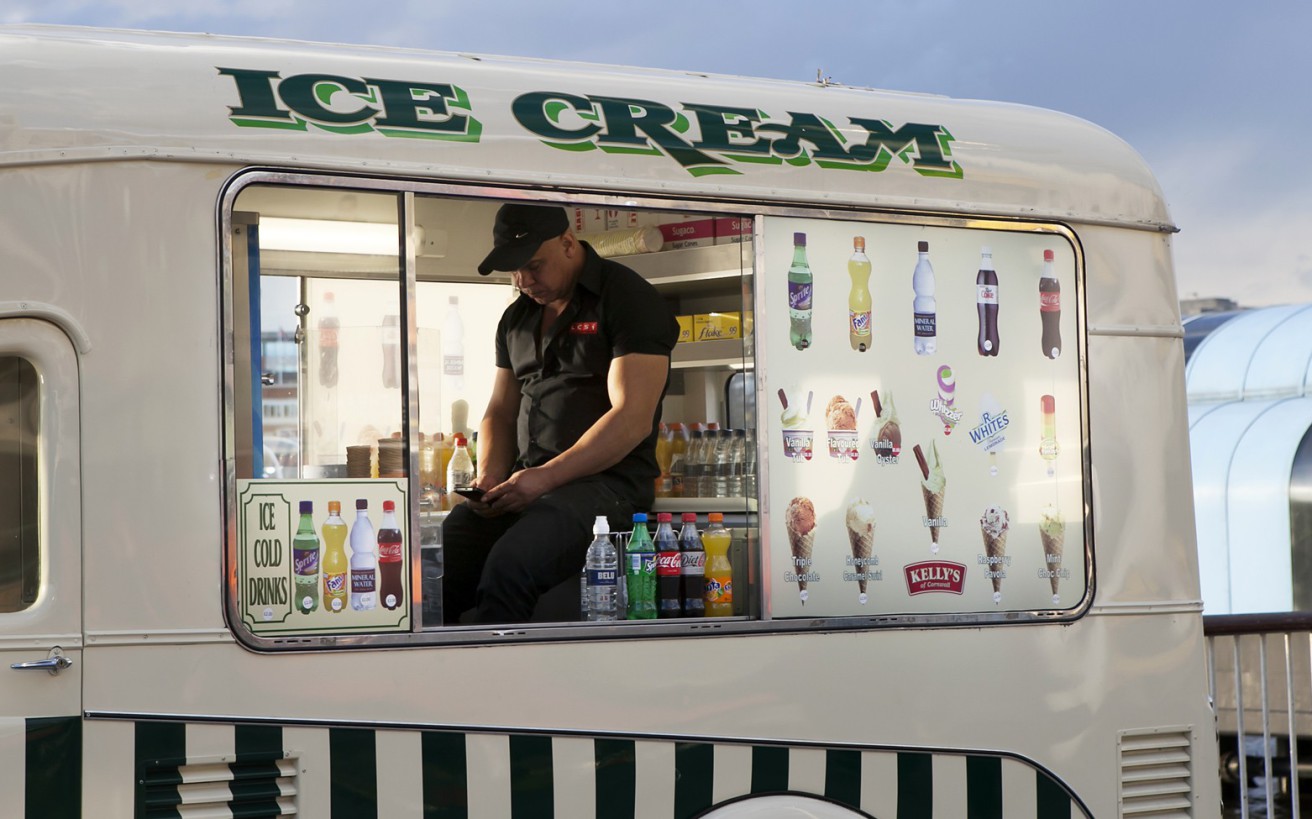 As we are getting near to the end of the ice cream season there’s still time to make the most of the summer school holidays and the show & event season. There’s no better mouthwatering way than with a cool ice cream or refreshing ice-lolly.

Ice cream vans are fined tuned mobile business’s and offer both a visual and taste bud treat. Ice cream vans are seeing a retro resurgence with what could arguably be described as a vintage vehicle that’s been lovingly restored and rebuilt to a far superior quality than when they originally took to the road.

Also, alongside discovering the past, we can look to the future with electric ice cream vans soon becoming common place on our roads too. Boffins are working on this as you’re reading this article. Want to jump the que what about turning a Compton electric milk float into an ice cream van?

With ever increasing productivity methods there’s a good chance the ice cream is of a higher quality than days gone. In-fact to such a point that ice cream could be easily called food.  Consider, what else has its major component as the most important protein in milk? Did you know there is more milk protein in a quality diary ice cream than the equivalent weight of milk?  Furthermore, you’re also getting calcium and phosphorus which aid the building of bones.

And what better pick you up when you’re under the weather than ice cream?  Its easily digested when you’re ill and there’s even diabetic ice cream that’s been especially formulated.   Also, ice-cream is continually being developed for a variety of other dietary requirements including vegan and gluten free.  Not to mention slimmer’s ice cream including low fat, no fat and sugar free for those who have to watch the inches.

If you’re thinking of starting an mobile ice cream business or for that matter opening an ice cream parlor or maybe an existing ice cream vendor by either method and you want get an ice cream van insurance quote, please click here or call us free on: 0800 4880 014